Drive You Over The Edge

I was talking to my neighbor this week about substituting for him on his job. He is a bus driver. What I learned From My 9 yr. Old Son 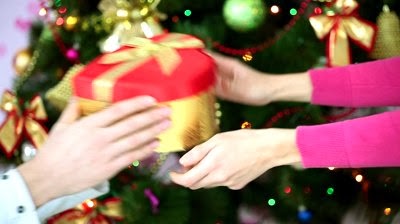 If you've got a million years or so, I can tell you what I've learned from my kids. However, I know it's Christmas eve so I'll tell you about what my youngest taught me this week.
My husband Erik, came home from work a few days ago having heard about a little boy who wasn't going to get a lot for christmas.
His Dad was working full time to provide for the family, but he didn't get a large enough Christmas bonus to cover more than some stocking stuffers and items the boy needed.
More than a few of the people Erik works with got together to donate some items toward helping this dad, but they all have families to take care of, and are trying to support their own Christmas lists.
When Erik told me about this kid's plight he asked me if I thought one of our kids would donate something toward this boy's Christmas.
Honestly,I hoped so, but I  also wondered if I'd done a good enough job teaching my children the true gifts of Christmas are the love we show each other. Materialism is so rampant in the world right now, I hope they were getting it, but I sincerely didn't know what their reaction might be.
I sat down with my youngest first because he is the closest to this other little boy's age, and Erik and I had a particular item in mind.
Last year for Christmas my youngest recieved a little hand held computer system to play educational games. We're kind of technologically defunct at our house, so the computer wasn't much. We had already gotten him a better system for Christmas this year, but without his knowing about it I was sure I was going to have to give him the lecture.
"Now you know Christmas is about giving presents not receiving them. I know it will be hard, but I think the happiness you'll get from making this little boy happy will be worth it."
My son would then follow up with tears, and a pouty lip before crossing his arms, glaring at me and stating in his most defiant voice. "Fine."
When Erik told my son there was a boy who wasn't getting much for Christmas. His immediate reaction was to say.
"We can give him our stuff, Dad."
A little teary at this point, my husband explained what he wanted to do. I still thought the transition from 'our stuff' to 'your game system' would bring about my original worry.
It didn't. He didn't even hesitate. He went and got the game, found all the parts and even went into the profiles to clean out his name and put the other boy's name in. He even had Erik text the boy's father to find out how to spell the boy's name correctly.
He didn't ask if we would get him another one. He didn't worry about what he would play with once his game was gone. He only focused on what he could do to bring another boy joy on Christmas.
With all the focus on Santa Clause, presents, and holiday hub-bub, I worry that the true meaning of Christmas is getting lost. As parents I think we handle much more of the non-Christ-like behavior surrounding Christmas than our kids do.
We stand in long lines, add up the receipts for expenses, and get stressed out trying to 'afford' Christmas.
My Son taught me this year that it is our attitudes about the Holiday season that take Christ out of it. It's our focus that drifts away from the reason we have Christmas in the first place.
God gave us his most precious possession, knowing we would be ungrateful, knowing we would struggle to understand how much it was costing him, knowing it would be the most difficult thing he would have to do. Instead of turning his focus on the trials and burdens involved with giving the gift, he focused on the joy it would bring us all.
Yes its a lot of work, expense, and sacrifice, but so what?
"The Son of Man hath descended below them all, art thou greater than He?"
So have a Merry Christmas, make it a Happy Holiday and enjoy the gifts of the season.
Posted by Unknown at 9:03 AM No comments: 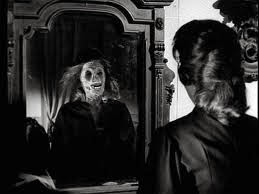 Faith To Be Faith

One of my favorite quotes is by Boyd K. Packer-
"Faith to be Faith must go beyond that for which there is confirming evidence, must go into the unknown, must walk to the edge of the light and then a few steps into the darkness."
In the past twenty five years or so my very existence has been reliant on my faith to walk forward a few steps into the darkness. Whether it was my father's death when I was seventeen. My blindness, or my transplants. I have groped my way through life, like most people, with the hope that it will all work out in the end. The farther I have walked without relying on my eyes to see or my understanding to lean on, the more I have realized that it is only faith that gets any of us out of bed every morning.
Faith that there is a purpose for being. A reason to find joy. A hand to hold and a friend to love.
On days when the darkness is deep and unpierced by the light I don't try to see, I simply believe that this, too, will pass.
A few steps into the darkness will be my story, my life the way I have lived it. The good, the bad, the ugly, and the light I keep my focus on. A friend pointed out to me that as normal as I consider my life to be...Its really not.
Most people don't find their father dead one day after school. Most people don't go blind at the age of 23. Most people don't go through multiple transplants, kidney dialysis, surgery, heart disease, premature childbirth, broken limbs and hearts and emerge still believing life is fantastic.
For every step I take into the darkness, God sheds a ray of sun across my view. This blog is meant to share some of the emotions, fears, triumphs and experiences I have had. Mostly its meant to highlight what the love of God and Good people can do to lift the heart of one another. I like to tell people that I am the poster child for 'If I can do it-You can'. If you need to believe that life could be worse-I might be able to help. If you want to believe there is nothing you can't do-I will believe with you. If you need to laugh at someone so you don't cry-I can take it. Some of my life is worth laughing at. Some of it has to be laughed through to survive. All of it is thanks to a loving Father in Heaven who has never left me alone in the darkness. So I keep walking.
Come along...Just a few steps into the darkness.
Posted by Unknown at 3:38 PM 4 comments: